I normally make these with a standard 650 mm scale and with the neck 52 mm at the nut. 630 mm is an option, with a slightly narrower neck – 50 mm at the nut. I fit Gotoh tuners as standard. I do a traditional French polish finish. It’s time consuming, rather vulnerable to knocks, scratches, sweat, etc. but it’s very beautiful and is often claimed to give the best sound, because it can be very thin and lets the top vibrate more freely.

Don Antonio de Torres Jurado, known to the world simply as Torres, was the father of the modern classical guitar, much as CF Martin was the father of the modern steel string guitar. He had two guitar-making periods or ‘epochs’. No-one is exactly sure what he did in between, but he had a tough life. Anyway, guitars from the first epoch have the prefix FE and the second SE.

In Torres’ second epoch, in 1888 he produced three very similar guitars. SE114 became the favourite of Tarrega, the composer and teacher, after his first Torres wore out. SE116, which had its head defaced with the label (‘La Italica’) is almost identical, but with maple bindings rather than rosewood, and a two-piece back.

My '1888' model is drawn from these two guitars. Larger than the '1864' model below, but still quite a bit smaller than the standard modern classical guitar. It's often said - and I agree - that a smaller guitar has more focus and projection than a large one. 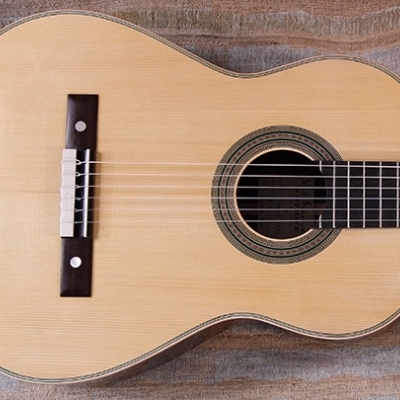 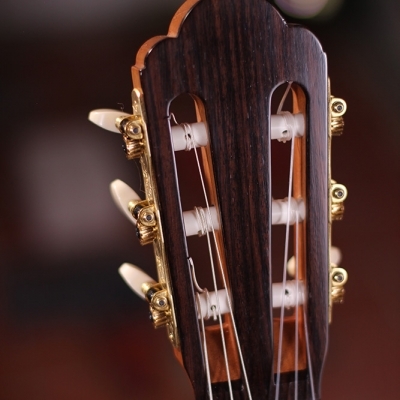 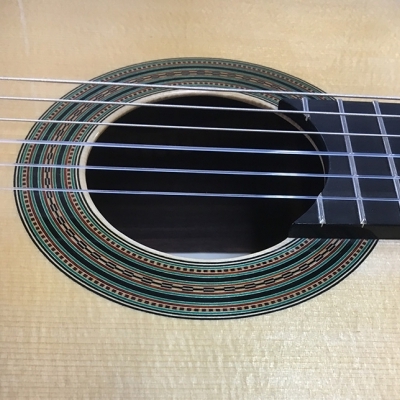 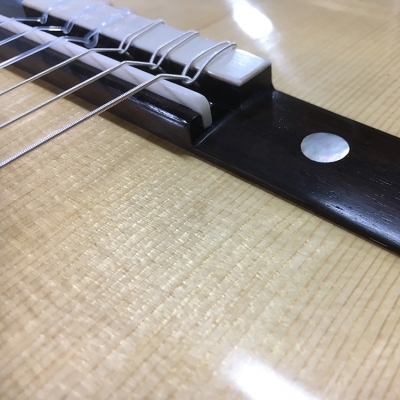 1864 was the year that he made three famous guitars. Tarrega begged him to let him have FE17, and eventually Torres relented and it became his favourite.

My '1864' model is based on the less intricately decorated guitar, FE19. It's no attempt at a historically correct copy, and lacks the 'Tornavoz' inside the soundhole which Torres put in many of his early guitars. It also lacks the rather crude label that someone stuck on the head ('La Suprema'). 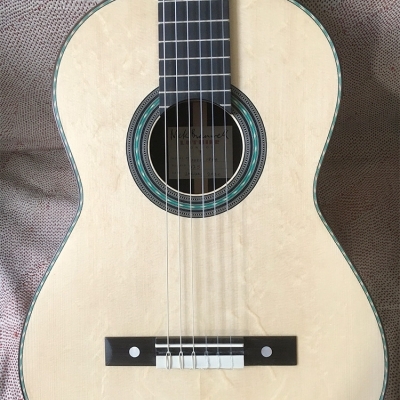 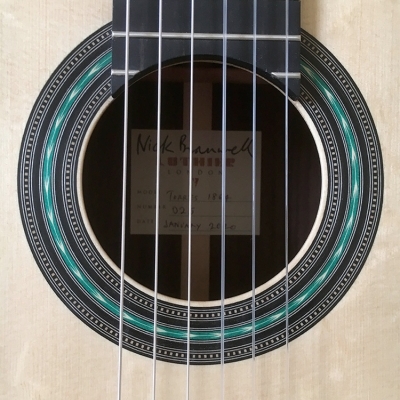 If you would like to send us a message/ enquiry, please fill in and send the form below.